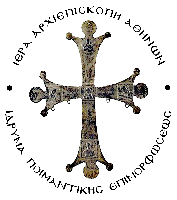 On Wednesday, October the 13th, the Vice President of the Pastoral Training Foundation (IPE) of the Holy Archdiocese of Athens, His Eminence the Metropolitan of Ilio, Acharnes and Petroupoleos Mr. Athenagoras and the Deputy Director of the IPE Reverend Archimandrite Theologos Alexandrakis went to the Joint Chief of Staff, where they were warmly welcomed by the Chief of General Staff, General Konstantinos Floros, the Director of the 2nd Division of the General Staff of the Hellenic Armed Forces, Vice Admiral of Greek Navy Dimitrios Milos and Reverend Archimandrite (Brigadier General) Meletios Kouraklis, Director of the Corps of Military Priests of the Armed Forces, and signed a cooperation agreement between the I.P.E. and the Joint Chief of Staff. 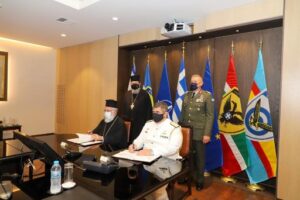 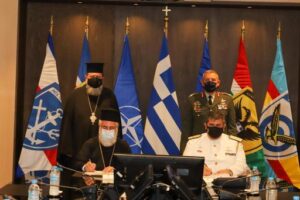 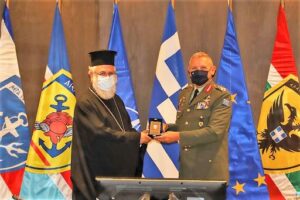 The purpose of the cooperation agreement is the organization and conduct, with synchronous and asynchronous distance learning or physical presence, of co-financed training seminars in the framework of the Act “Lifelong Learning Programs of the Human Resources of the Church – Development of Open Online Courses”. The training will be based on the existing ones in the IPA. or any new thematic units, which will be proposed by the Directorate of Military Corps, to train both military priests and members of the Armed Forces. Also in the context of this highly constructive cooperation, joint training activities of all kinds will be organized, such as seminars, lectures, conferences, workshops and events.

The Chief of Joint Chief of Staff thanked the Beatitude Archbishop of Athens and All Greece Mr. Ieronymos in the person of the Vice President of I.P.E. and pointed out that this cooperation will significantly contribute to the training, education, pastoral specialization and lifelong training of Officer Priests and Armed Forces personnel. Afterwards, the Reverend thanked the Chief of General Staff and pointed out the importance of this cooperation and the benefits that will result from it. 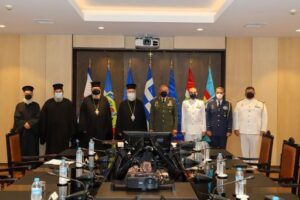 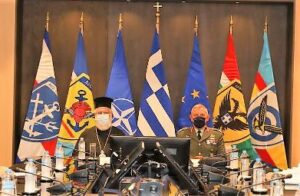 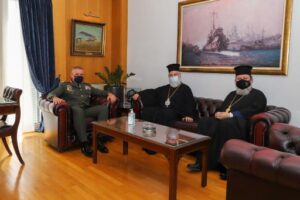 In the afternoon of the day, the Chief of Joint Chief of Staff visited his Beatitude Archbishop of Athens and All Greece Mr. Ieronymos, on the signing of the cooperation agreement, where they discussed at length the benefits that will come from this partnership between the Church and the Armed Forces, while His Beatitude blessed the cooperation and wished the continuance of it. Mr. Floros expressed his joy for the meeting, while informing His Beatitude about the mission and the work of the Armed Forces. His Beatitude then praised the offer of the country’s Armed Forces, typically saying that “they are creating walls of protection”. 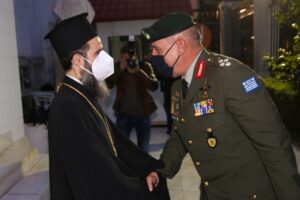 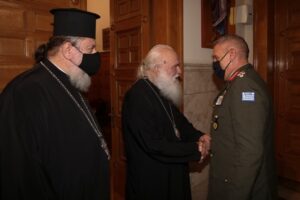 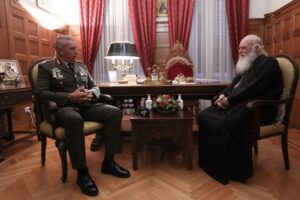